Obrigada, Stratum! Big Thanks to our Amazing New Partner

We recently had the unique pleasure of attending and speaking at the Stratum 4th Edition Bitcoin Summit in Florianópolis, Brazil. 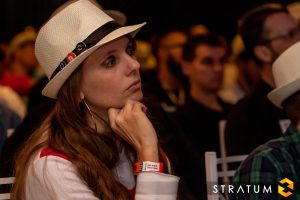 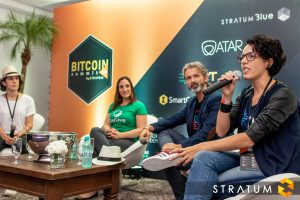 We participated in a trilingual Social Impact panel, alongside Gaby Genovese from RSK/RIF, Ivan Kaleja of B4H Blockchain for Humanity, and moderated by Rosine Kadamani from Blockchain Academy Brazil.

Check out this fun video of the event (in Portuguese), and you’ll see BitGive team members in bright kelly green shirts (and fedoras, of course)! 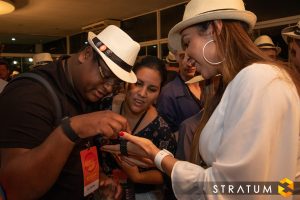 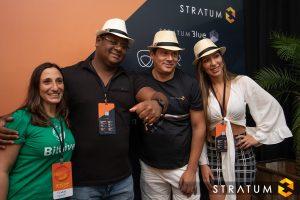 At the reception after the conference, there was also a live auction of a fancy Cryptomatic Watch donated by Stratum’s CEO Rocelo Lopes, which yielded a total of 0.7 BTC from the auction winner and was shared between BitGive and Blockchain 4 Humanity.

The 0.35 BTC received by BitGive was distributed across several projects on GiveTrack, including two projects with South American Initiative: 0.1 BTC for Venezuela Hospitals and 0.1 BTC for Venezuelan Orphans. In addition, 0.1 BTC was donated to Run for Water for their Water for Waraba project, and 0.05 BTC to the Ukraine Bone Marrow Donor Registry.

In addition to this exciting event in Florianopolis, Stratum BLUE, a recently launched digital token that represents a diversified portfolio of cryptocurrencies, committed at its launch to donate a percentage of fees collected to nonprofit organizations. Currently, when BLU investors don’t use a referral code, the 2% of the value in BLU purchased that would go as bonus to who referred them, are donated to nonprofit organizations BitGive and Blockchain 4 Humanity.

BitGive already received the first Stratum BLUE quarterly donation of 0.10 BTC! It was donated to the Help Venezuelan Hospitals project on GiveTrack with South American Initiative. 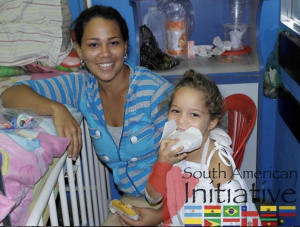 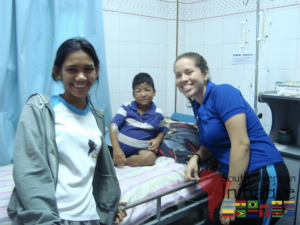 We are so grateful for the generosity of Stratum and StratumBlue in supporting our mission at BitGive and our charity partner projects on GiveTrack. We are honored to partner with them in our first ever partnership commitment from a Bitcoin and cryptocurrency company to pledge on-going donations built into their business model and fee structure. Stratum is leading the way in this industry in many ways, and there is no doubt that they are ahead of the pack in their efforts to give back.

We are excited to see the things we can do together!

About Stratum: Stratum is a technology company that develops blockchain solutions focused on digital currencies. They focus on offering alternatives to the clients of traditional financial institutions, with the differential of guaranteeing privacy, simplicity, and security. They operate globally in this segment since 2013, initially with bitcoin, effectively participating in the growth and consolidation of this new financial market: the crypto-coins market. They operate throughout the chain – from mining to payment solutions – through affiliated companies, with segmented units in South Africa, Brazil, Hong Kong and Paraguay.